The real story behind Joe Bell, a bereaved father who was killed by a semi-truck – Daily Mail

The untimely death of a grieving father who was struck and killed by a big rig while walking cross-country to raise awareness for the effects of bullying after his gay son committed suicide is the subject of Mark Wahlberg’s new film Joe Bell.

Based on the true story of Joe and his 15-year-old son Jadin Bell, the biographical drama was directed by Reinaldo Marcus Green and written by Larry McMurtry and Diana Ossana, who also adapted the screenplay for Brokeback Mountain.

Wahlberg, 50, plays the working-class dad from Oregon who was killed at age 48 when he was struck by a semi-truck in Colorado while walking along the shoulder of a highway in October 2013. 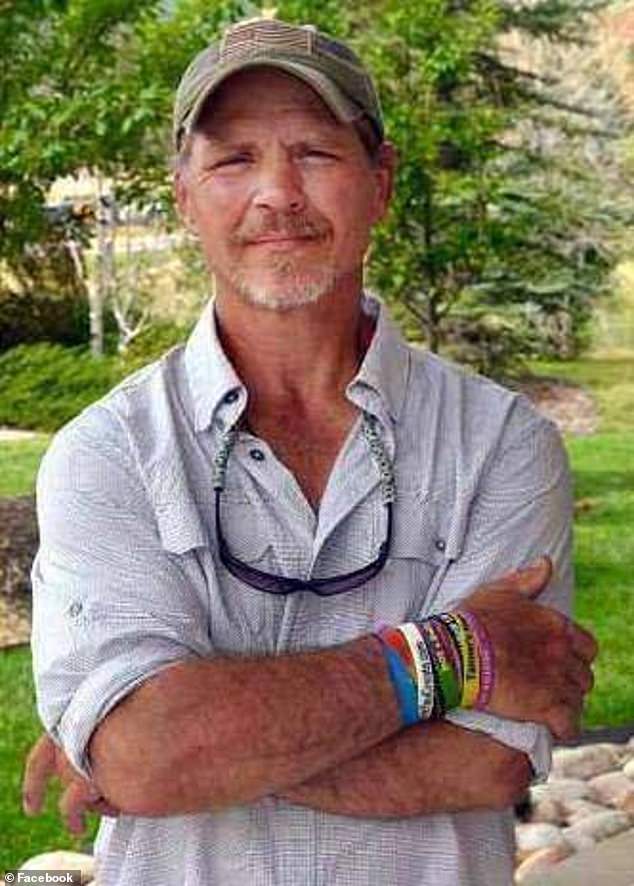 Joe Bell, 48, from Oregon, was struck and killed by a semi-truck in October 2013 while walking cross-country to raise awareness for the effects of bullying in honor his late son 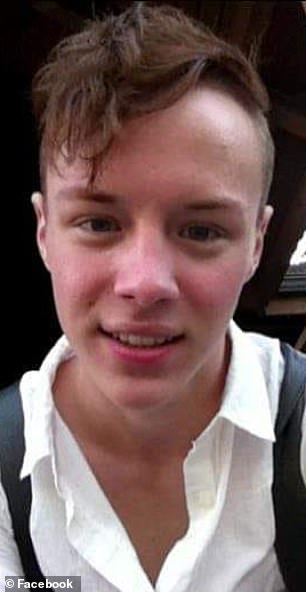 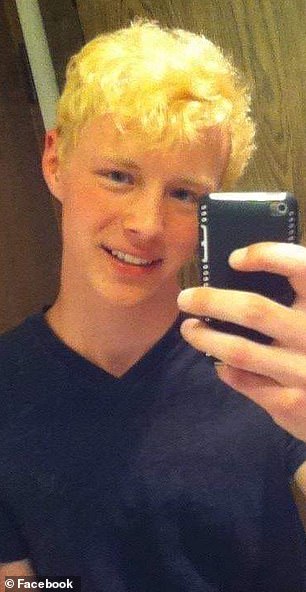 Joe’s death came just months after his son Jadin Bell, 15, hanged himself on playground equipment in January 2013. The teen suffered brain damage and was taken off life support

Joe’s heartbreaking death came as he was paying tribute to his late son, who had died nearly nine months prior.

Jadin was 15 when he first told his parents that he was being tormented by homophobic bullies. Joe and his wife, Lola Lathrop, tried to help and got him counseling, but it was not enough.

On January 19, 2013, the teen hanged himself from playground equipment at Central Elementary School in La Grande, Oregon. He had already suffered brain damage when a passerby found him.

He was rushed to Doernbecher Children’s Hospital in Portland and put on life support, but as he was monitored for the next couple days, doctors found little brain activity.

His family ultimately decided to take him off life support, and he died on February 3, 2013. 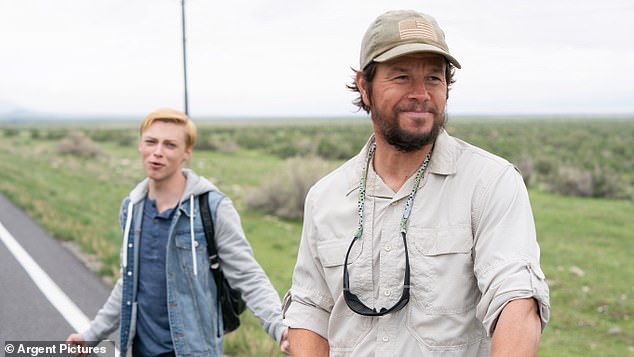 Mark Wahlberg (pictured) plays the working-class dad in the upcoming film Joe Bell, which is to be released in the U.S. on July 23

Students turned out in their hundreds to honor him as he laid in the hospital, and he was remembered as a boy who ‘had a gift’ to make people smile.

The teenager was a cheerleader at his high school and a frequent visitor at an assisted living home for the elderly.

It emerged Jadin had been subjected to relentless bullying over his sexuality at school and on social media.

Joe, who had another son and a daughter, stayed in bed for a week after Jadin’s death. While struggling to come to terms with the tragedy, he decided to dedicate two years walking around the entire continental U.S. to campaign against bullying.

He told Oregon Public Broadcasting at the time that he was left with a feeling of emptiness but needed to get through it so he could be there for Jadin’s siblings.

‘So I decided I needed to walk across the United States,’ he said. 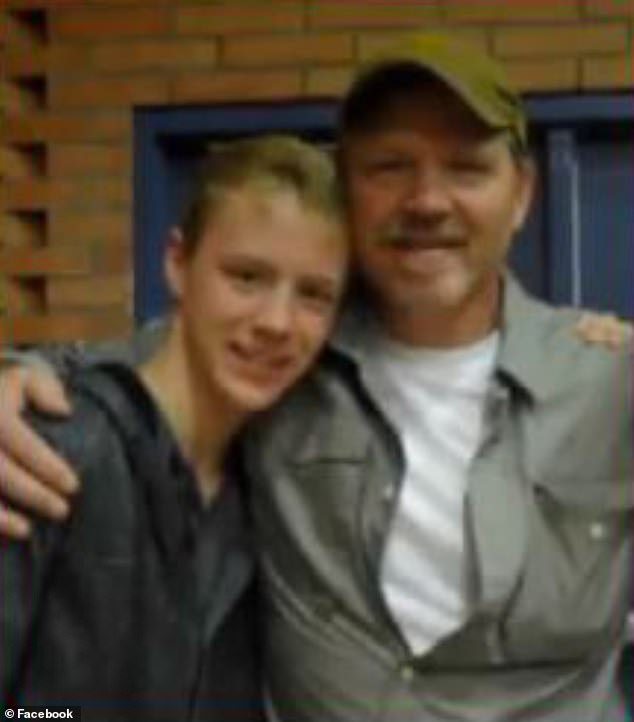 Joe resigned from his position at Boise Cascade to launch Faces for Change, an anti-bully foundation he set up in his son’s memory 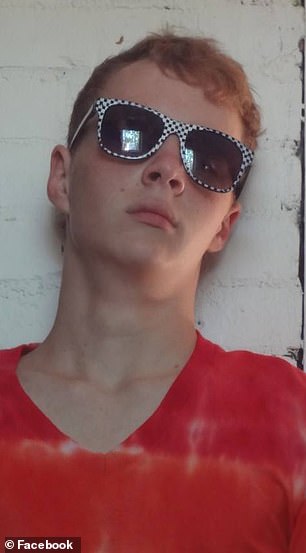 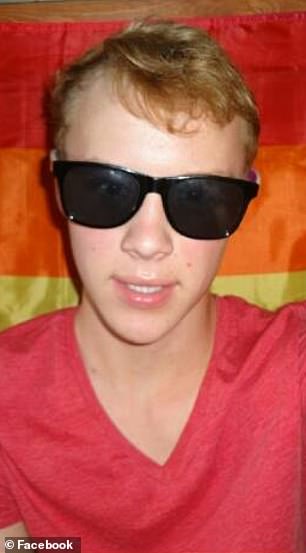 Jadin, who was openly gay, had been subjected to relentless bullying over his sexuality at school and on social media before his death 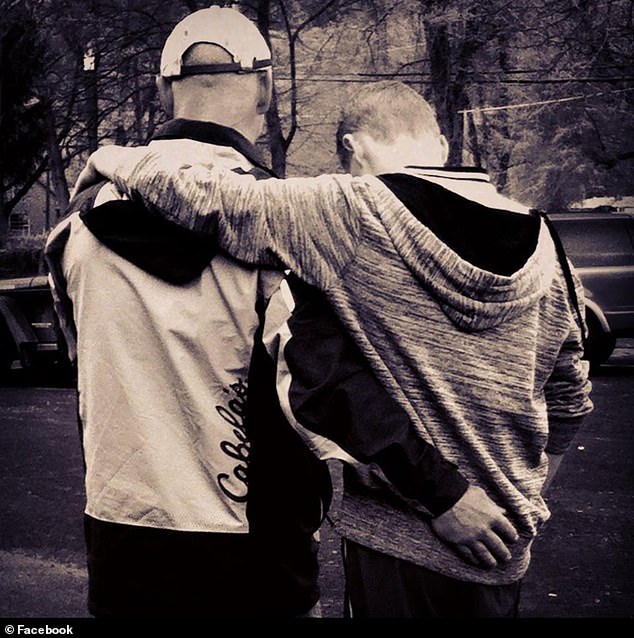 While struggling to come to terms with the tragedy, he also decided to dedicate two years walking around the entire continental U.S. to campaign against bullying

The father resigned from his position at Boise Cascade to launch Faces for Change, an anti-bully foundation he set up in his son’s memory. He began his walk in Oregon in April 2013, traveling up to 25 miles a day as part of his work with the foundation.

At one stop on his journey, Joe opened up to a youth group about the moment that Jadin first told him he was gay, the Denver Post reported.

‘My son didn’t choose to be gay. My son was different at a very young age,’ he said. ‘He told his family he was gay because he knew they would accept him. I hugged him and kissed him on the cheek every day. I was proud of him.’

About 1,000 miles into his 5,000-mile trek, Joe was struck on a road in Colorado by truck driver Kenneth Raven.

Raven was cited with careless driving resulting in death, and police believed he may have fallen asleep at the wheel, the Gay Star News reported. 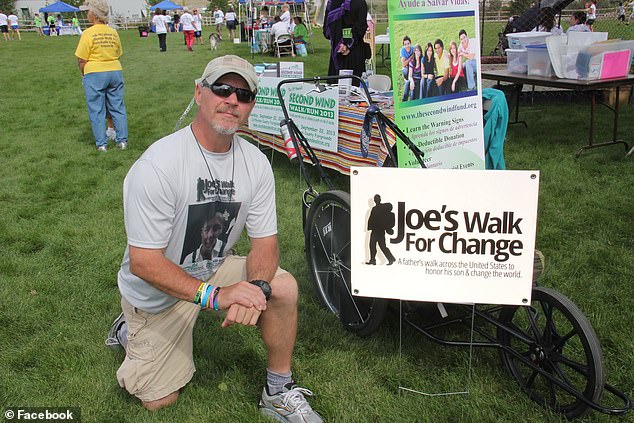 Joe began his walk in Oregon in April 2013, traveling up to 25 miles a day as part of his work with the foundation 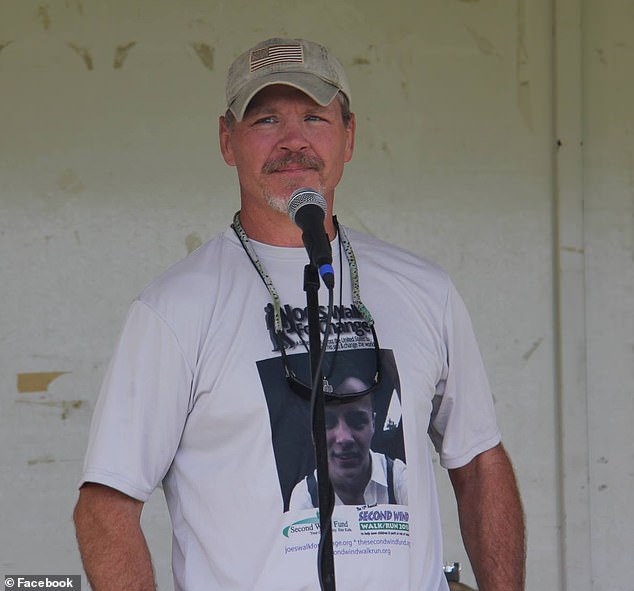 About 1,000 miles into his 5,000-mile trek, Joe was struck by a truck while walking in Colorado. Truck driver Kenneth Raven was cited with careless driving resulting in death

On the Joe’s Walk for Change Facebook page, a post announced Joe’s death and paid tribute to the father who had been speaking at schools and clubs across the U.S. about homophobic bullying.

He had been due to talk to a youth group in Hugo, Colorado, on the night he was killed. A few hours before his death, Joe posted a picture of a road sign on Facebook with the caption: ‘Making headway, one step at a time.’

The organizer of the Facebook page later shared the news of his tragic death, saying: ‘I am very sad to have to announce that our friend Joe Bell was hit and struck by a semi while on his walk last night.’

‘He will continue his journey now with Jadin,’ the spokesman, named only as Ann, added.

Two years later, it was announced that a father-son drama inspired by Joe and Jodin’s story was being adapted by screenwriters McMurty and Ossana.

Joe Bell had its world premiere at the 2020 Toronto International Film Festival in September 2020, and the film is to be released in the U.S. on July 23.